One of the major concerns of any security guard company is to ensure guards’ safety and protect them against dangerous situations and urgent alerts.

Tracking and monitoring is a necessary procedure so as to achieve it, but what if a guard comes up against a situation without being able to send an alert or reach the managing staff by his smartphone?

Here comes automation! When a guard falls, slips or faces an instant attack or an urgent physical disease, automation is the key to ensure his maximum protection and immediate response to the alert.

Man Down in Action

Firstly, the Guards / Lone Workers should place the sensor clip as close to their neck as possible.

Then, they have to set it up (click here to see how) under QR-Patrol mobile app’s settings (this step is only required for the initial setup). 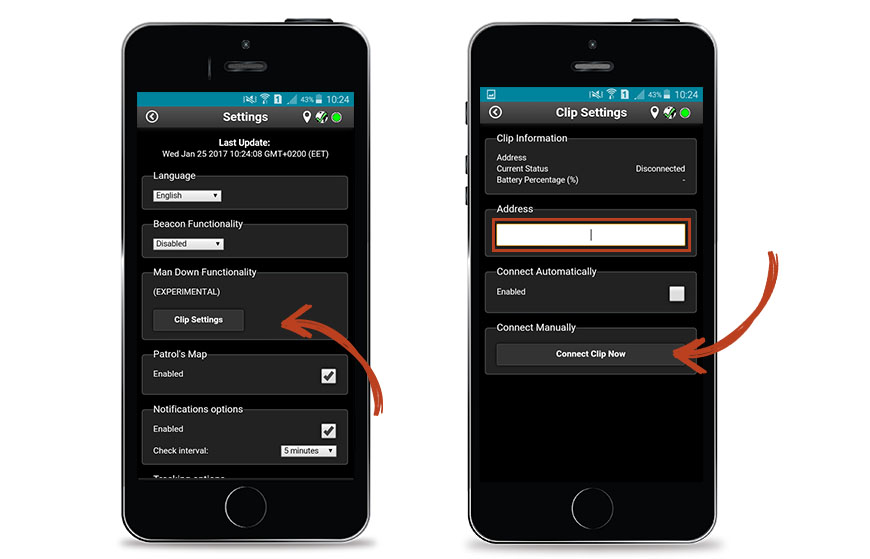 Man Down events are created and sent automatically so there is no need to take any other action!

So, in case a guard collapses, the monitoring center will automatically be notified of a Man Down situation! 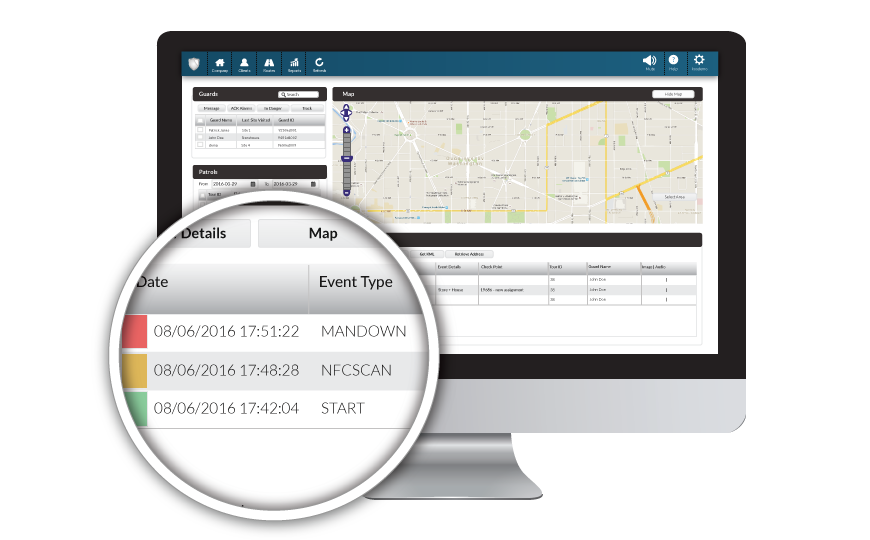 But what about a false alarm or a sudden move of the guard that provokes a Man Down alert?

In case of a false alarm, the guard can prevent the Man Down alert from being sent by pressing the “Cancel” button at the pop-up window that appears on QR-Patrol application. 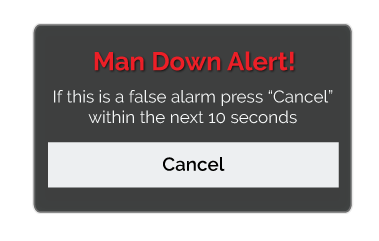 How Man Down works?

The core of the Man Down functionality relies on the movement of the clip device. A clip is the easiest way to attach a Bluetooth sensor on a guard. The sensor will then track in real-time the guard’s movement and will interact with the smartphone by sending the appropriate metrics to assure when user has fallen down to the ground. 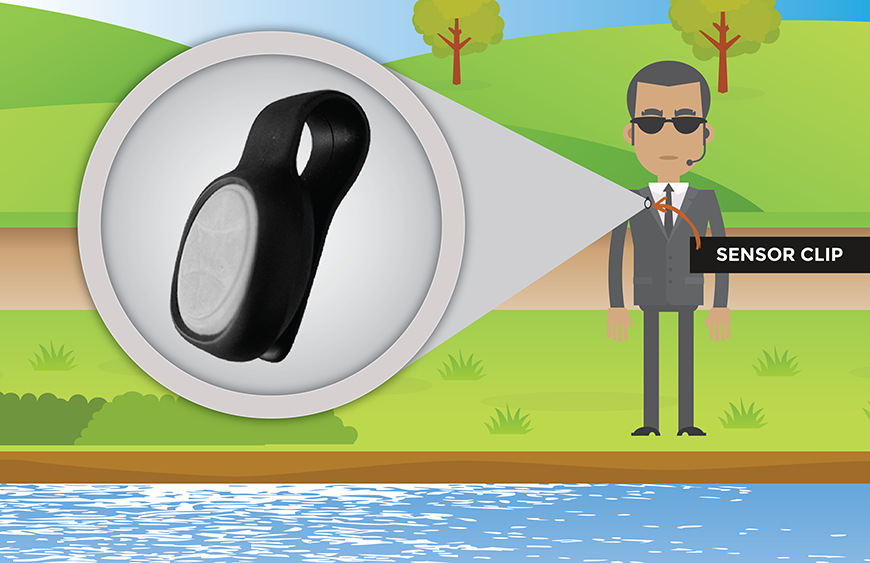 To set a technical approach to the Man Down functionality, it will be triggered when the guard is suddenly having higher velocity without getting acceleration by any other force than gravity. When a Man Down occurs, the sensor will “scan” for a crash and in case it has happened, an appropriate event will be sent.

When a Man Down is activated, a pop-up window will appear on the mobile application for 10 seconds. Within this time interval, the Guard / Lone Worker can undo the sending of a Man Down event, by filling in the PIN number. In case it’s a demo account, just press on the Cancel button and the event will not be sent.

Man down functionality can also detect if the Guard / Lone Worker does not move at all for more than 90 seconds but stays connected with the device. A thorough examination of this case concludes that it would be probably a Man Down event. If it is not a Man down event, the user can cancel it by the same way as mentioned above.

Keep in mind that Man Down has been tested by our team for several months, but under laboratory conditions and not in real-life threatening situations. Due to this fact, we decided to release Man Down functionality on an experimental mode and we urge you to also test it in real-life conditions initially, prior to adopting it on your daily schedule.

We are looking forward to your feedback and ideas in order to further improve Man Down functionality and ensure maximum prevention for Guards and Lone Workers!